developing and newly developing economies, each with its own strengths, weaknesses, obstacles, opportunities and challenges.

For instance, while China is currently fighting a devastating pollution and environmental problem as the US, Japan, Britain and others have had to do before her, she's also been busy moving forward on other fronts.

For instance, consider that China has now become the world’s third-largest research article producer behind only the European Union bloc & the United States.

In fact, China spent a greater share of global R&D, based on total dollars invested, than that of the United States.

Further, it's hard to imagine that the economies of China & other Asian countries together had more than one-third of the world's total US$1.435-trillion spending on R&D in 2011.

As the developing regions of Asia become newly developed, new leadership skills will be critical. We are seeing this with the fantastic success of Korea on the world stage now.

Meanwhile, certain highly developed countries in the Asian region, such as Japan, have become brittle and ossified, making leadership again critical if they are to successfully re-invigorate, rejuvenate and reboot their economy.

Lastly, it should be obvious to all, that better leadership development is critical to the Asian region's long-term growth and we at the Asia-Pacific Coaching Alliance (APCA) have made it our mission to do our part.

The Coaching Market Changes Are Real & Permanent
Similar to many other industries, the global coaching industry has exhibited several main characteristics that have continued to accelerate over the last four years.

2. A rapid weakening or destruction of informational asymmetries.

3. A tightening of employers' hiring requirements (the bar has been raised).


4. Employers and clients have much greater performance expectations coupled with even higher minimum performance requirements for their staff, consultants and vendors.

5. There is a greater understanding of the importance of the ROI & performance gains made possible by engaging coaching services.
Seminars, Training & Certifications >> 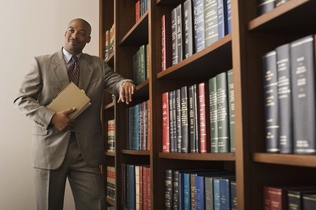 Learn From Industry, Market and Country Experts
We have some real treats in store for you as we interview experts in a variety of supporting, complementary and divergent industries and occupations.

Topics and people range from experts on change management, new business development, client relationship management, how to develop and improve core competencies, how to identify and close skills gaps as well as providing insight and analysis into the coaching industry now and the future.

Expect valuable takeaways from each and every interview.

In this series, we feature interviews with a variety of individual coaches who discuss their experiences, the challenges they've faced, the successes they've had and, most importantly, the lessons they've learned.